Address:  宮城県多賀城市中央2-4-3, 多賀城駅北ビルA棟3F.   Located on the 3rd floor on the Tagajo Public Library adjacent to the Tagajo JR Train Station.

Map:  Scroll down below.

After a side trip to nearby sites in Tagajo, my wife and I decided to grab a bite to eat at the newly opened Public House restaurant in the newly opened Tagajo Public Library (click HERE for more info).

The library itself has received a lot of press lately, and rightfully so, as it is an attractive looking building that is quite stylishly decorated and spaciously laid out inside.  A Starbucks, Family Mart, and Tsutaya bookstore are on the first floor, and the open-spaced restaurant is located on the third floor. 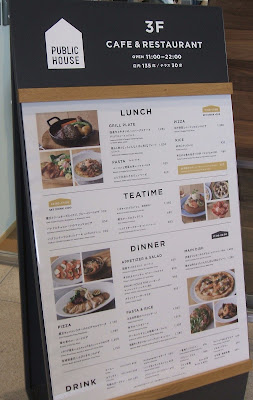 Although there were not a lot of platters to choose from on the menu, I was fortunate enough to find something that peaked my interest and decided upon the Yocchan Nanban Chicken BBQ Plate, (1050 yen), while my less-picky better half went with the Shrimp & Hokkaido Potato Genovese Pasta (980 yen) which came with two slices of a baguette.   I also requested an order of focaccia bread for an additional 100 yen, but was informed that they had already sold out of focaccia, but that they would substitute baguette slices if it was okay with me.  I agreed.

When the platter arrived, I was quite impressed with the voluminous size of the chicken, as I was expecting a much smaller piece.  The chicken itself was tender enough, but seemed to rely on the flavor of the barbeque sauce, which seemed to grow on me.  As I slowly devoured the poultry piece, I enjoyed the taste more and more.  By the end of the meal, I was quite satisfied with the flavor.

Another bonus was the potato-ish clump that accompanied the chicken.   I asked what it was, and was told it was a potato galette; potatoes mashed, buttered, peppered, and baked.  This was quite tasty indeed, and went well with the barbequed chicken.


The underlying salad wasn’t much to speak of, as it was mainly chopped iceberg lettuce with a few slices of tomato and radish mixed in with a drop of salad dressing.  Still, it gave the opportunity to have a change of taste and refresh the palette.

The baguette slices were served at room temperature, which I thought they should have been heated.   But when I asked for butter, the restaurant was quite generous in its serving.

The one thing that I just noticed while writing this post was that the menu stated "with rice."  I didn't receive any rice.  Hmm.  You might want to watch out for this.

My wife was very satisfied with her pasta and stated that the basil seasoning that was added was quite delicious.  For an extra 200 yen she ordered a hot coffee that she enjoyed.


Here are a few photos of the menu. 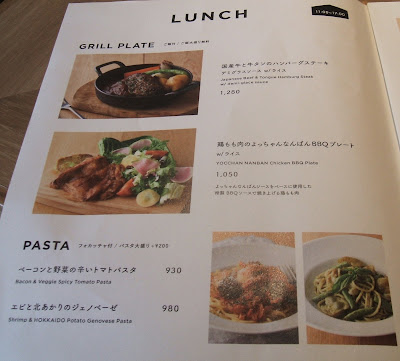 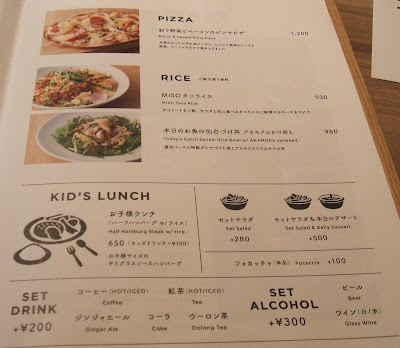 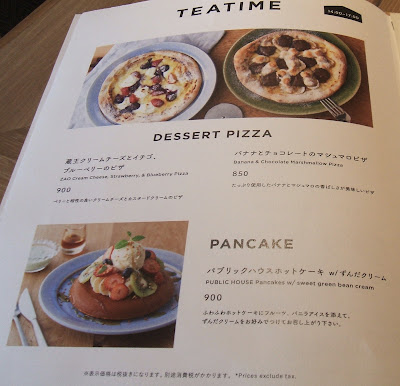 I don’t think I would go out of the way for this restaurant, but if I lived in the neighborhood or were making a visit to one of the numerous sites in Tagajo (History Museum, cherry blossoms, iris flower festival, Kirin Beer Factory tour, Sendai Outlet Mall, or aquarium), I would recommend a meal at the Public House.  I know I will be going back there on my next excursion to Tagajo.