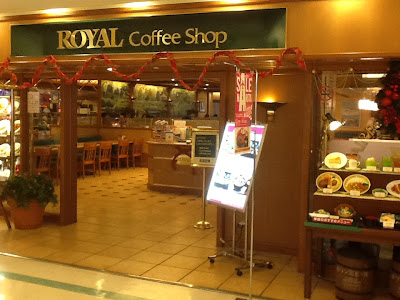 Location:  In front of Daiei Department Store on Chuo-dori. 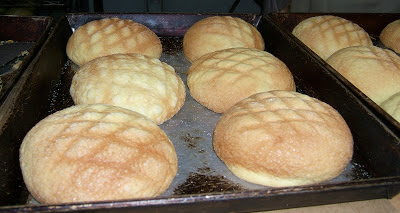 Hope to see you there!
Posted by Picky in Sendai No comments:

Website:  http://homepage2.nifty.com/kanri/ganesh/hp/
Address:  仙台市太白区長町5-3-1.   This branch is located in the shopping complex above Nagamachi Subway Station and next to the Nagamachi Library.  There are other branches in Kamisugiyamadori, Tagajo, Izumi, Ishinomaki, and Sanuma.
Map:  Scroll down below.
Open:  Everyday 11 am to 9 pm.  Lunchtime is stated to end at 3 pm, but more on that later.
We discovered this franchise of Ganesh by accident while taking a stroll in Nagamachi a couple of months ago.  I had been familiar with the name of this Miyagi chain of Indian restaurants as my friend, Helen, had recommended the Kamisugiyamadori location to me some time back.  I had also passed by their old Route 45 restaurant in Tagajo almost everyday on the way to work twenty-one months ago.  But sad to say, that Tagajo restaurant was wiped out by the tsunami.
On our first visit, my wife and I both ordered the Ganesh “A” Set for 1300 yen that comes with your choice of curry, tandori chicken, saffron rice, salad, pickles, and naan.  My wife chose the vegetable curry and I, the chicken curry.  I thought it was a nice feature that we were also able to choose the degree of spiciness for the curries, with five different levels ranging from sweet to spicy.  We both went with the regular level.


First off, I want it known that I highly recommend Ganesh, but on this first visit my first impression was that everything was good, but not great.  The tandori chicken and chicken curry both were adequate in their flavorings but they didn’t wow me.   My wife held the same sentiments for her vegetable curry.   The naan had just enough taste to hold its own, but this, too, was not an attention-getter.  We walked out of Ganesh satisified, but not exactly tickled pink.
On our next visit, we were pleasantly surprised as the waitress kindly told us, “You may order the lunch set if you’d like,” despite it being well after 4 pm when we walked in.
I obliged with their lunch set that offers a choice of any two curries, naan, saffron rice, salad, cubed pickles, a papad, and a drink, all for 1200 yen,  while my wife stuck with the Ganesh “A” Set.  For my choice of curries, I went with the chicken curry and the chicken butter marsala curry, which is made from a tomato and cashew base.


On first bite, I fell in love with the chicken butter marsala!  It was creamy, sweet, and delicious!!!  I couldn’t stop eating it.  I felt bad for the regular chicken curry, while although tasting better than the last time, it just couldn’t compare with the butter marsala.
The naan was also better than on our last visit, with a deeper, rich tasting flavor. I enjoyed the salad and the cubed pickles, but not so much the papad (a cracker made from lentils) nor the saffron rice.  But those are on me, as I don’t like lentils and have yet to eat a serving of saffron rice that I thought was good.  It must be my pickiness, yet again.
I requested an orange juice for my drink and was rather disappointed that it tasted like the orange drink Tang, rather than real O.J.
My wife was also more impressed with this visit and stated that her veggie curry and naan were better than the first time.  Ganesh was starting to look promising.
Now on to our latest visit.  We entered just before 5 pm and again were told that the lunch set menu was still available.
Both my wife and I ordered the same thing we had asked for on our last visit, but this time the tables were turned on the curry front.  On this day, the regular chicken curry was the star of the show, while the butter marsala, while very good in its own right, took second billing.
And the naan just kept getting better and better.  I love great tasting naan that can be eaten by itself, and this third time was the best of the three.
Another nicety was afforded to us on this day.  My better half is a chai lover and was going to order it as an after dinner beverage.  The waitress asked my wife if she would like a drink as サービズ.  We thought she meant that a drink from the lower priced beverage menu would be given as part of the service, so my wife thanked her but declined, stating that she would rather pay for the higher price chai.  The waitress said, “Chai, it is.  No charge.”  Actually, she said something else in Japanese, but that’s what she meant.


Unfortunately, the chai wasn’t the best my wife has tasted, but it was the best free chai she's tasted, so that's say something, I guess.
Although Ganesh’s flavors have not been consistent, they do satisfy and seem to keep getting better and better.  If you are not a big eater, the chicken curry from their “Naan Set” for 600 yen might be a good bargain.
There is no free parking available, but you can park in the library’s underground parking lot for 100 yen per thirty minutes.
This review is only directed towards Ganesh’s Nagamachi branch, but I look forward to trying the others soon.  Hope you do the same!