Address:  鎌倉市長谷2-14-12.   Located about a 30-second walk from Hase JR Station in Kamakura.
Map:  Scroll down below.
Open from about noon till around sunset.  Closed Wednesdays and Thursdays.
It was the perfect combination.  We were starving, and Campanella was the first restaurant we saw open after getting off the train at Hase Station in Kamakura.  Luckily for us, things worked out well!
For me, it was a tough choice between the honey and cinnamon crêpe with vanilla ice cream set (1050 yen) and the Kamakura ham with buttered toast set (950 yen), but since I felt that my body was craving protein, I went with the ham, toast, and the Kamakura blend coffee set.

My better half was eyeing the chocolate, banana, and caramel crêpe set (1050 yen), but she also opted for a more protein enriched meal and chose the Kamakura ham and cheese toast set (1000 yen).

The buttered toasted bread was light, fluffy, perfectly toasted, and delicious!  The ham slices were slightly thick and also scrumptious.  A small, tasteful sampling of pumpkin paste was served alongside pickled vegetables that went well with the toast and ham.  This felt more like a snack than a meal, but it did tide me over for an hour or two until my next opportunity to snack.
My wife loved the flavor of the cheese on her toast, and was quite satisfied that we found such a convenient eatery to gobble down a light snack.

Capanella was quite busy on the Saturday we ventured in.  I was quite surprised and happy that the kind and helpful waitress was a fellow foreigner.  It’s rare to see a foreigner working as a staff member in a restaurant in Sendai. 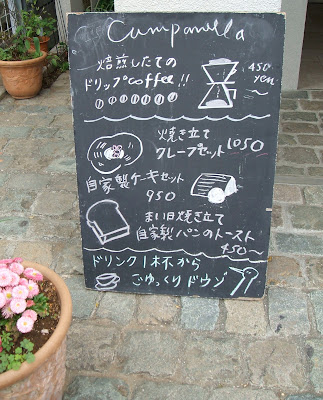 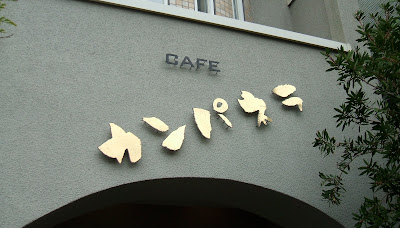