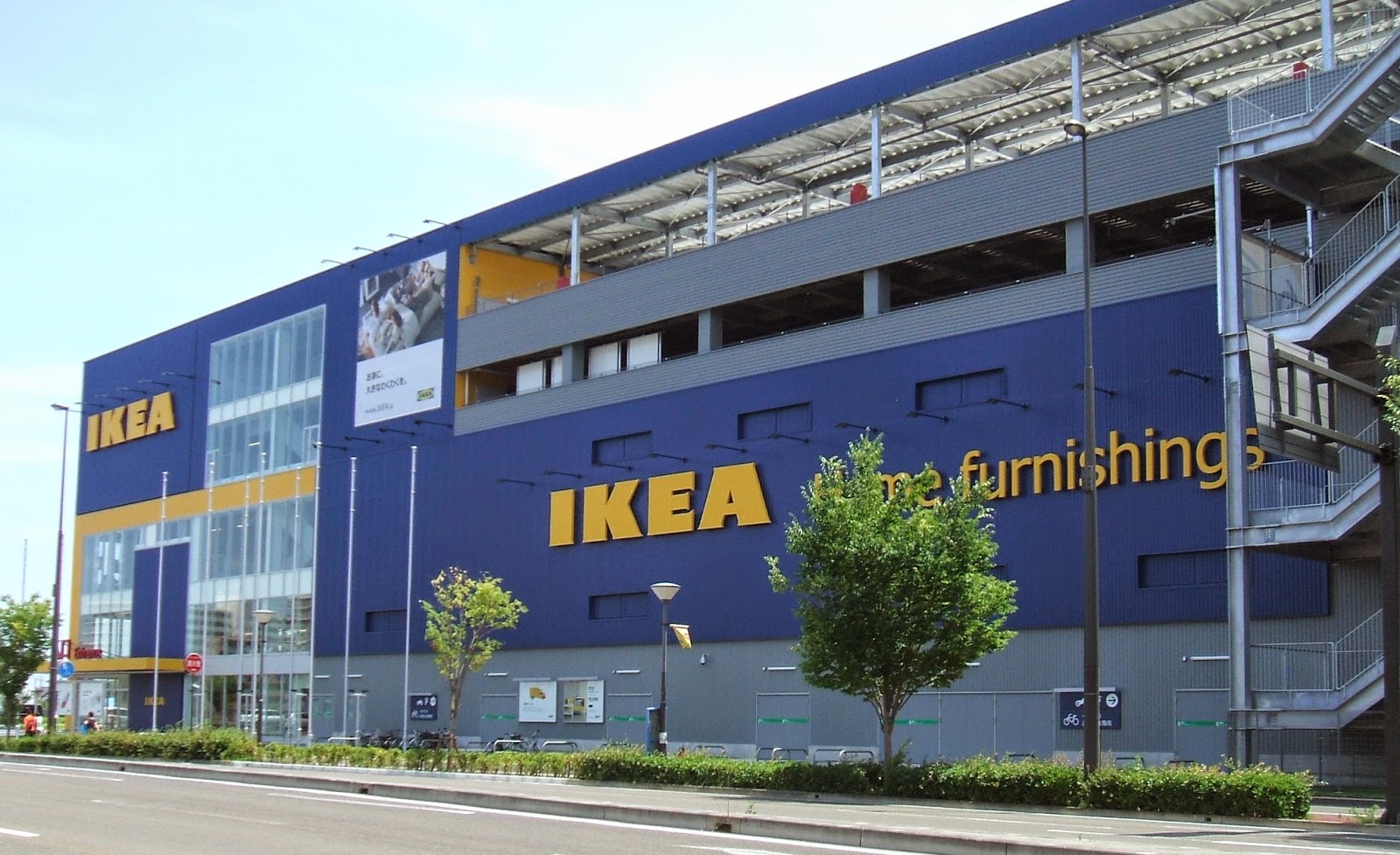 Today, I got a special sneak-peek inside the brand-spanking new IKEA Store thanks to my friends, Tony, who gave me his “invitation only” Family Day at IKEA ticket, and Yvonne, who works there and provided the ticket.
I don’t remember visiting my local IKEA back in the States very often, and I never ate at their restaurant, so I can’t do a comparison, but I was quite impressed with the number of foods available at this Sendai IKEA restaurant, which included salmon, tandoori chicken, and roast beef among its many entrées .
My wife went with the Salmon Lasagna for 616 yen, with a slice of Arctic Bread for 60 yen.  It was the first time for her to ever try a salmon lasagna, and she really liked it, especially the salmon taste.  She also stated that the Arctic Bread didn’t have a lot of flavor by itself but that it went well with the lasagna.

I chose the Swedish Meatballs for 599 yen, a Mini Bread for 90 yen to accompany it, and a butter packet for 20 yen.  The ten meatballs came with gravy, cranberry dressing, and mashed potatoes.  The meatballs were not extraordinary, but quite good, and the cranberry dressing added a nice touch to the flavor.  I’m not a big fan of mashed potatoes (I’m picky), but I enjoyed these!

For dessert, my wife decided upon the Apple Cake for 299 yen and a Café Latte from the Drink Bar for 120 yen.  I picked the Cinnamon Roll for 90 yen.

Both the Apple Cake and Cinnamon Roll were not very sweet, and had tastes that were nothing like their traditional counterparts.  Despite this, we still thought they were quite tasty, perhaps due to both having a nutty flavoring to them.

So IKEA is not a traditional restaurant, but that's what they call it.  It's more of a cafeteria, and our two complete meals plus dessert came in at under 2000 yen.  I would say that overall, we were both totally satisfied with our meals.

Since I never experienced eating at an IKEA Store, I don't know if this is standard practice there, but I found it interesting that you don't pay for your meal until you are done with it (unlike most cafeteria-style joints). After placing your selected platters on your tray, you proceed to the check out lane.  The clerk will give you an itemized receipt, and then you go off to find a place to sit.  When you are done with your meal, you take your tray to the disposal area, and then use an automated register to pay for your meal.  I had never seen this before.
If you’re shopping at IKEA, visiting their restaurant might provide a nice needed break from wandering around the huge store..
But, if you want to save even more money, go to their Bistro on the 1st floor past the checkout lanes.  They sell hot dogs for 100 yen and soft cream cones for 50 yen!  The hot dog looked good but I was already full from the restaurant.

It's lingonberry, not cranberry....

Swedish Girl Abroad, thank you very much for letting me know.
I have never heard of lingonberry!