Address:  仙台市青葉区一番町目3-28.   Located across the street from Higashi-nibancho Yōchien, near Minami-machi dori.
Map:  Scroll down below.
Open:  Weekdays from 10 am to 3 pm.  They accept fax orders from 9:30 to 11:30 am.
While strolling one fine weekday afternoon, I happened upon a bustling scene inside a very small food establishment at the end of the small shopping arcade that leads into Ichibancho.  From the outside, I didn’t notice any discernible signs indicating what type of fare was being peddled, so I took a peek inside.
Lo and behold, a lovely lass appeared!  Oh, and she was selling bentos.

The following week, I made it a point to return to the slightly hidden Cookin’ to see if the crowd I had seen before were on to something.  I was happy to see the same beautiful young woman (Anri, is her name) working behind the counter and I happily ordered the chicken karage bento for 500 yen, and waited for less than five minutes for it to be prepared.
The bento came with five thick, juicy, and wonderfully seasoned chunks of deep-fried chicken: crispy on the outside, yet, delectable and plump on the inside.  A subtle hint of salt and vinegar, along with the black sesame seed topping, seemed to bring out the full flavor of the generous serving of rice.  A tangy, sliced vegetable mixed salad that added a nice contrasting flavor element to the chicken, along with a wakame/mayonnaise serving were also included.  I’m not a big fan of wakame and I only like mayonnaise used sparingly, still, this was not bad.  The sliced pickled daikon, a staple of bentos, tasted quite zesty and fresh.
Overall, I’d say that it was the best tasting chicken karage bento I have ever had!

But just to confirm that this wasn’t a fluke, I went back two weeks later and purchased their 530 yen yakiniku bento:  substantial slices of flavorful tender beef, along with two differing side salads.  One salad consisted of a pumpkin, egg, and mayonnaise mixture.  It was a bit … odd, but appetizing.  The other was a more traditional cabbage/vegetable salad that was very good!


Cookin’  is simple food done well!  Very well!  This fine eatery advertises itself as a “homemade” bento shop, and that’s exactly what it's been delivering for over twenty years!  I have nothing against the chain bento shops like Hotto Motto and Kamodoya, as I often feed upon their boxed lunches, but they are not in the same league as Cookin’. 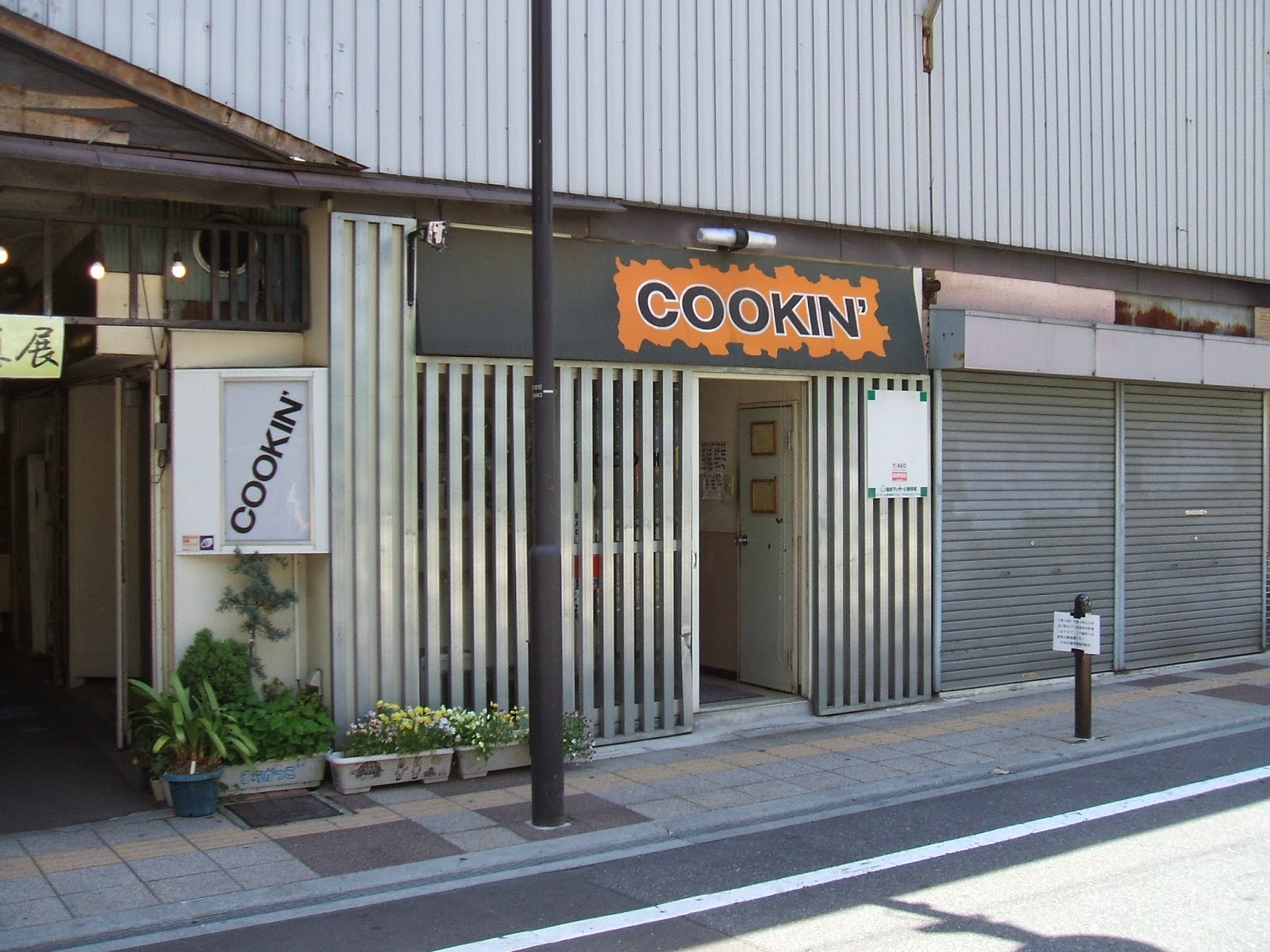 Besides the two delicious bentos I devoured, Cookin’ offers a daily special, hamburger, fish, and numerous のりbentos, all for under 530 yen.
Unfortunately, their hours are limited to lunchtime, but if you get a free weekday afternoon I highly recommend Cookin’ !  I know I will have difficulty choosing between the chicken karage and the yakiniku bento upon my next visit, but I’m sure that either choice will be the right one.